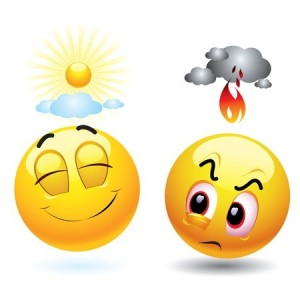 We all get angry or frustrated at times in our lives.  But, do you or someone you know have a need to get angry/bothered about something to get motivated?

Should anger or its sibling frustration be the primary – or worse – only arrows in our motivational quiver to get something done?    Is drama really the only option?

The “Get Angry – Be Successful” Article

An article I read the other day discussed the positive effects of getting angry.   The author wrote about getting angry to get successful.   The premise was – anger is a great and positive motivator to achieve your goals – as long as the anger is not directed at others.

Neutrality Meets the “Get Angry” Premise

When we’re neutral, our motivations unfold effortlessly from a calm and clear sense of purpose.   Using anger, frustration and other strong emotions actually weaken our energy so much we have to “react” to pull ourselves out of that low-energy hole.

The rebound “bother” or reaction energy we experience – we can misinterpret as positive (or sometimes negative) motivational energy.

Then, the <strong emotions => weak energy => reaction> pattern can become our standard, but stressful way of dealing with everyday situations – eventually leading to some kind of symptoms.

The “Get Angry..” author’s own energy didn’t resonate with the premise and conclusions in the article he wrote.

So, what’s the real story?

Whatever we think, believe or say – is not what it is – or we’d resolve our problem
We have to stop our logical thinking, and use our intuition – to find answers

Using energetic testing, we uncovered the author’s real bothers (where he needed to get neutral).   Unfortunately, the author wasn’t consciously aware of the real bothers:

Let’s break down each bother from the “Get Angry” author:

So, there was misinterpretation of what was happening – and that generated a reaction to raise the energy of the situation – the energy that was needed to do something.

His Take:  Something happens, he gets angry and that anger energy motivates him to do something productive.
The Surprise:  The author’s energy shows nearly the opposite.    In order to be productive, there is a need to misinterpret or misidentify something to illicit a reaction to generate the energy needed (he also misidentifies the reaction as the emotion “anger” – see #3)

Misinterpretation is a very powerful negative energy.   The cumulative effect of prior misinterpretations can be very large (near infinite effect for some) and therefore trigger a large reaction.

The energy generated from that misinterpretation reaction locks us into that pattern – if we take the bait.

Get neutral to:   misinterpretation

His Take:   “Not being productive” as a bother wasn’t even a consciously acknowledged issue.
The Surprise:  When the author has “not being productive” experiences that need to be resolved,  he’s more likely to attract these experiences to misinterpret – because that’s what’s needed to bother him enough to react and do something (productive).   We can harbor and internalize beliefs (e.g. cultural, religious, family) and experiences of being punished, etc., for being caught idle.

Simply “being productive” (by any means, by misinterpreted “reaction” energy or not) doesn’t resolve anything and we stay stuck, because the neutrality issue is the opposite (not being productive).

Get neutral to:  and be OK with – “not being productive”, being “idle” (i.e. goofing off, taking time to blow off steam, etc., sometimes) and
1) delete all experiences of the punishment related to “being idle”
and also, …
2) delete & resolve the previous karmic experiences (and tethers to victims) that we (or ancestors, etc) limited…
.. and make sure these victims “get the message” these karmas are resolved..

3) “Misidentify the emotion”  – Discouragement and demoralized come up as the emotions in this situation, not anger.

It’s painful to be wrong – or in this case – to misidentify what’s taking place.

His Take:   The motivating emotion is anger.
The Surprise:   Whatever anger he had before is resolved.   But, now his energy says it’s discouragement & demoralized – so, by calling the emotion anger, he also misinterprets what he senses.

Misidentification & misinterpretation create reaction energy – energy needed to do something.   But, ultimately, the reaction perpetuates the problem and doesn’t resolve the issue(s) of misidentification first, then second the actual emotions involved (discouragement & demoralized).

Get neutral to:    and be OK with – being wrong or misidentifying in a situation – sometimes.
Also, get neutral to perfection – having to be right all the time, especially if there are perfectionist tendencies.

When we’re neutral,  being wrong once (or once in a while) shouldn’t trigger demoralizing, discouragement energy.

Dealing with the Real “Bother(s)”

When the “Get Angry..” author gets to neutral the 3 items listed above, “misinterpretation“, “not being productive“, “perfection“, the situation improves without using reactions or strong emotions as a motivator. 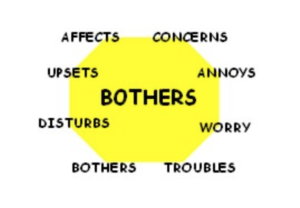 When we’re neutral, we’re far less likely to attract or create situations, events or use other people to remind us what we need to resolve.

It’s better to energetically determine the real “bother” in a situation – so we can change the energy and get neutral – rather than perpetuate the pattern of always taking the “drama” route and reacting.